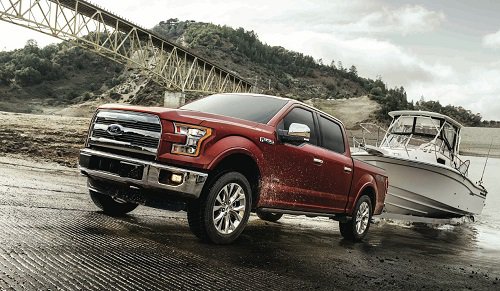 The 2017 Ford F-150 and F-150 Raptor recently were awarded three of five Gold Hitch awards from the online truck enthusiast magazine The Fast Lane Truck. The 2017 F-150 won Truck of the Year and an award for its towing performance, and the Raptor won an award for its incredible off-road performance.

Competitors were put to the test at high altitudes in Colorado and Utah, including the “world’s toughest towing contest.” With its second-generation 3.5-liter EcoBoost V6 and all-new 10-speed automatic transmission the F-150 outperformed the competition in this year’s towing test.

“The 2017 Ford F-150 is the best towing half-ton truck this year,” said Andre Smirnov, editor of TFLtruck.com. “The overall versatility, towing performance, and choice of available powertrains and technology features of the entire 2017 F-150 lineup elevated the F-150 above all others.”

The F-150 Raptor also outperformed the competition in off-road testing, thanks to its purpose-built performance chassis and long list of specialized off-road equipment. The 2017 Raptor features BFGoodrich All-Terrain KO2 tires and FOX shocks for unmatched performance.

“The 2017 Raptor is a complete package that combines a powerful engine, speed and off-road components to tackle nearly every kind of terrain, and do it in comfort,” said Smirnov.

If you would like to learn more about the 2017 Ford F-150 and F-150 Raptor, visit us today at Sam Pack’s Five Star Ford of North Richland Hills.