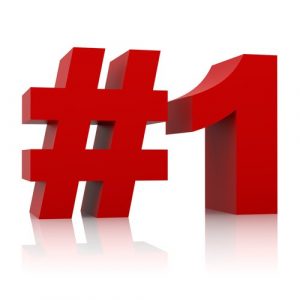 If you listen to commercials on the TV or radio, you might find it difficult to figure out what car dealerships mean when they claim to be number one.  It seems like every dealership finds a way to be #1 in some category, no matter how obscure it might be.  As a consumer, it can be tough to know what they’re talking about.

Here’s a claim that won’t be confusing.  At Five Star Ford, we are the #1 Ford Dealership for Total Retail Sales in the State of Texas, and we have been for nine years in a row.  That means that we sell more Fords than any Ford Dealership in the state of Texas.  No fine print needed.

Five Star Ford also ranks #5 in the Nation for Total Retail Ford Sales.  There are over 3,300 Ford Dealerships in the United States and only four of them sell more vehicles than Five Star Ford.  Three of those dealerships happen to be in Michigan.

Why is this important?  We’re excited because it shows us that we are blessed to have the best customers and the best employees, right here at Five Star Ford.  We want to thank all of you for making us #1 in Retail Ford sales in April and #1 year-to-date in 2014 in Texas.