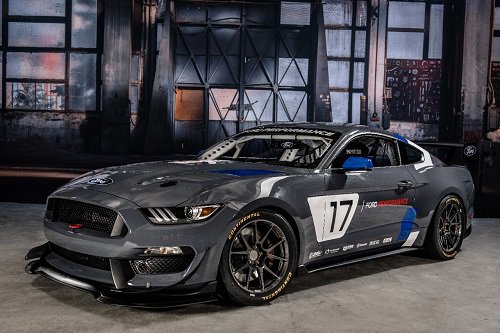 At this year’s SEMA show in Las Vegas, Ford unveiled an all-new Ford Performance App for smartphones which integrates with SYNC 3 to bring track-based data-logging, advanced analysis, video capture and sharing capabilities. The app allows users to share their track-day accomplishments with friends without needing any specialty equipment – just a smartphone.

“Ford Performance wants to provide our customers a simple, shareable way to capture their track exploits,” said Dave Pericak, global director of Ford Performance. “The ability to take their track sessions with them everywhere they go and easily share their footage and data with friends is a huge benefit of our new app.”

The Ford Performance App offers multiple recording modes and can provide a variety of vehicle performance data such as on-screen virtual gauges, timing statistics and course overlays. The data and video can be shared via social networks or exported to a PC for analysis. Ford plans on launching the new app in 2017 with the all-new Ford GT, and plans to integrate it with other Ford products in the future.

Ford also showed their all-new Mustang GT4 turnkey race car which is based on the Shelby GT350R-C, which won its class this year in the IMSA Continental Tire SportsCar Challenge. The Mustang GT4 uses a 5.2-liter V8 engine and six-speed Holinger paddle-shift transmission, and is ready to be entered in any GT4 series in the world.

The GT4 also has numerous chassis mods, new dampers, lower rear control arms and stabilizer bars for better handling on the track. Forgeline 18-inch wheels and racing slicks help put the power down, and there are number of aerodynamic aids such as a rear wing, front splitter and a new rear diffuser. The interior has a full FIA-compliant roll cage, motorsports engine control and antilock-braking controller and a Motec dash logger.

If you would like to learn more about Ford Performance Vehicles, such as the new Focus RS and Shelby GT350, visit us today at 5 Star Ford near Dallas, Texas.