Tuesday Tech Tips – Two Common User Errors and What To Do 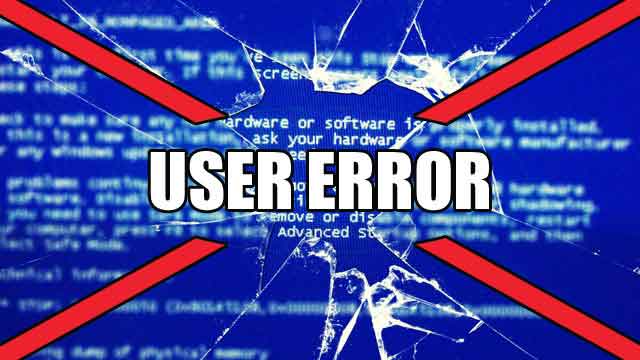 Sometimes there are Sync-related problems that have more to do with us, the users, than the system itself.  We all make mistakes, that, most of the time, are fairly easy to resolve.  The problems that follow are all things that I encounter somewhat regularly.  That is to say that I have not exhaustively kept track of them, but I see them enough to think of them when putting together this blog.

There can be several reasons why this might occur.  The solutions to these problems (pairing phones, setting favorites) are posted in previous articles.

1) You got a new phone.  The number didn’t change, but the phone did.  SYNC does not recognize it.   Since it is no longer the same phone, it needs to be re-paired.

3) Don’t forget, sometimes your phone just needs to be turned off and then on again by holding the power button.

5) In a typical month, I have at least one person who turned the Bluetooth off on their phone.  Bluetooth does not typically deplete your battery rapidly; Wi-Fi, on the other hand, will.  The solution to this will be found in your Bluetooth Menu on your phone.

6) You got a new phone/switched service providers/have a new phone number/your phone has never been paired up with the vehicle.

You’re not certain when it happened, or why, but your Navigation is no longer talking to you, or maybe SYNC is not talking to you anymore.

There are a couple of reasons why this might occur.

The most common reasons are completely accidental:

1) SYNC/Navigation was talking while somebody else was talking in the vehicle.  You turned the volume down.  One of my salesmen here at FIVE STAR FORD did this recently with his father-in-law’s truck.  I picked on him about it for days.  His father-in-law dragged it out for weeks.  If you did this, the volume is either really low, or you can’t hear it at all.  There are a couple of relatively easy fixes for this.

a. Set a destination in your Navigation.  As soon as you have set it, it will give you audio directions.  Turn the volume up now.

b. If you are awaiting other voice functions and not hearing them, the same thing may have occurred.  I have been in vehicles where the volume was turned down while the system was asking for commands, so the volume had to be turned up again, doing the same function.

c. ALSO, there is a MUTE button on-screen, and also in Navigation menus.

2) Less likely, but did you set the VOICE MODE to Advanced, rather than Novice in your Vehicle Settings?

One of the best things about your system is that you can play with it, fool around with your settings, and will probably not make it explode.  For the most part, I like the factory settings, but there are several things I like to tweak.   That said, so much in your system is customizable, so don’t be afraid to try out some changes.