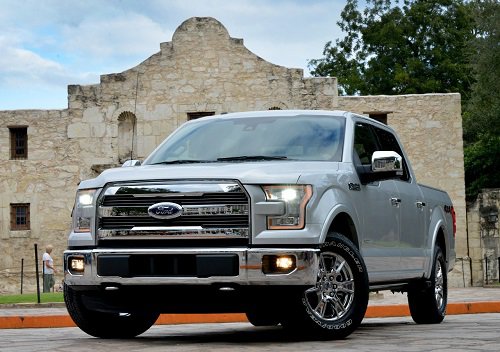 Ford announced that F-150 customers have now purchased over 1 million EcoBoost powered trucks since 2011. In the next year, Ford expects its customers to save more than 110 million gallons of gasoline and as much as $255 million in fuel costs.

The 2.7-liter and 3.5-liter EcoBoost engines have proven to be a popular choice among F-150 buyers, accounting for more than 60 percent of F-150 sales. The Ford F-150 continues to be the only truck in its segment offering turbocharging and direct injection in its gasoline engines, which helps improve fuel economy and increases power.

This fall, Ford will be introducing an all-new second-generation 3.5-liter EcoBoost V6 with standard Auto Start-Stop and an all-new 10-speed automatic transmission for improved fuel efficiency. The new 3.5-liter EcoBoost engine also has more peak torque than ever at 450 lb.-ft. which makes towing heavy loads even easier.

“We are proving that with advanced technologies like EcoBoost and high-strength, military-grade, aluminum-alloy construction, Ford continues to outperform the competition by virtually every metric,” said Doug Scott of the Ford truck group. “EcoBoost is delivering the value, capability and performance F-150 customers insist upon, while helping improve their No. 1 demand – better fuel economy.”

For more information about the 2016 Ford F-150 and EcoBoost engines, visit us today at 5 Star Ford serving Dallas, Texas.