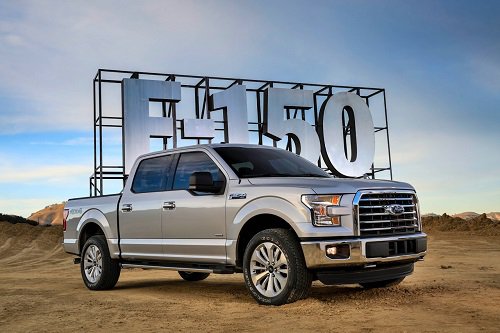 Ford announced they will be adding Auto Start-Stop technology as standard equipment across the entire 2017 Ford F-150 EcoBoost lineup, including the all-new F-150 Raptor. This technology is already in use in other Ford EcoBoost-powered vehicles, and will help F-150 owners save even more money at the pump.

The Auto Start-Stop system has been specially tuned for use in the F-150 and how truck owners use their vehicles. When the truck is at a stop, the engine will shut off to conserve fuel and immediately turn back on when the brake pedal is released. In towing or four-wheel drive mode the system stays off and the engine will continue to run when the vehicle is stopped.

The 2016 Ford F-150 with the 2.7-liter EcoBoost engine already comes standard with Auto Start-Stop technology. The 3.5-liter EcoBoost and new high-output version of that engine in the F-150 Raptor will also feature the technology in 2017. EcoBoost sales could represent more than 60 percent of the F-150 lineup in 2017.

The 2016 Ford F-150 already has best-in-class towing, payload and EPA-estimated gas mileage, and Auto Start-Stop will improve fuel efficiency even further and reduce CO2 emissions by decreasing idle times. Ford engineers have also ensured the engine restarts will be smooth and refined, thanks to their expertise in hybrid vehicle technology.

If you want to experience the fuel-saving Auto Start-Stop technology for yourself on the new Ford F-150, visit us today at 5 Star Ford near Dallas, Texas and check out our inventory online for more information.