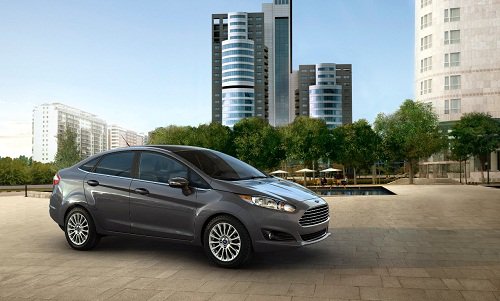 Ford was named the favorite brand of vehicle among Generation Z according to a recent study by research company MaritzCX. The study found that potential car buyers under the age of 21 were considering Ford vehicles the most, ahead of other popular brands like Toyota and Chevrolet.

Currently, the majority of buyers tend to be favoring SUVs and crossovers, but Gen Z buyers are much more interested in smaller vehicles. Over 40 percent of the group aged 16-21 opted for compact cars like the Ford Focus. Midsize cars like the Fusion accounted for 14.7 percent, and subcompact cars, such as the Ford Fiesta, were at 11.6 percent.

Last year, traditional cars only accounted for 32 percent of vehicle sales, with the remainder being split between SUVs and pickup trucks. As Gen Z becomes a larger percentage of the car buying population, it is likely that we could see a shift in the type of cars being sold the most.

Gen Z buyers, like many millennial buyers, are picking their cars based on affordability and economy. Older car buyers typically have more money to spend, and have shifted the market towards more expensive vehicles.

Representing 25 percent of the U.S. population, they are the largest age group in the world, and are expected to have a purchasing power of over $3.2 trillion by 2020. Ford’s combination of fuel economy, technology and style means they are a favorite among younger car buyers, and will likely continue to be going forward.

Visit our new Ford inventory to check out our lineup of fuel efficient, technology-packed vehicles.