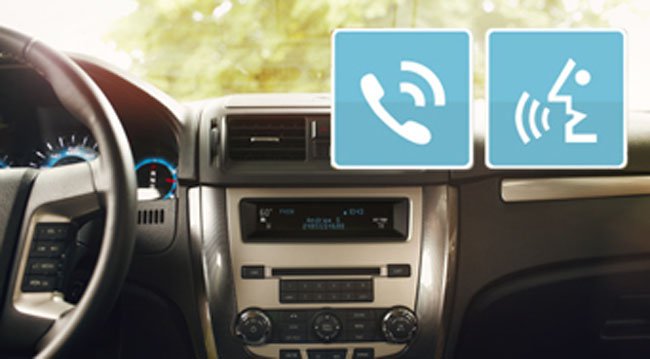 In order to make phone calls using voice command, your phone must support phonebook downloads. If supported, your phonebook will download/update every time your phone connects to the vehicle.

If a contact has multiple numbers they should be stored under one contact name. i.e. John Smith.  Your phone is designed to do this.  John Home, Cell, or Work will cause a problem – the system thinks these are last names, which can lead to the same problem we just talked about.

With SYNC, not so much with MyFord Touch, if a contact is in capital letters you may find some problems:  i.e. ICE, USAA, AT&T, ADT. Putting spaces between letters can be helpful. For example, I cannot pronounce the way the system says AT&T, but if I say A-T-&-T, it always helps.  It is also suggested that you do not store your contacts in ALL CAPS.  This can cause an issue with longer names on occasion.  JOHN ANDERSON may get spelled out by the system, for example: A-N-D-E-R-S-O-N.

Phonetic spelling or nicknames might help with more complex names, such as Eastern European and certain Asian names. Too many consonants or vowels – KRZYNSKI – (seven consonants as far as the system is concerned in this case), can lead to the system spelling the name out or not recognizing the name when pronounced.

Ultimately, if there is no problem, don’t fix it.

Ford has tested more than 500 phones for compatibility, and the ones listed on SyncMyRide.com are all known to be compatible to some degree.   Check it out if you are considering getting a new phone to see if the features you are interested in are listed. Make sure that any phone you may be interested in at least supports phonebook downloads.

See SYNCmyride.com for a list of tested devices and their compatibility:  http://support.ford.com/sync-technology/device-compatibility-sync

Take note: Your device may still work even if your phone or service provider are not on the list.