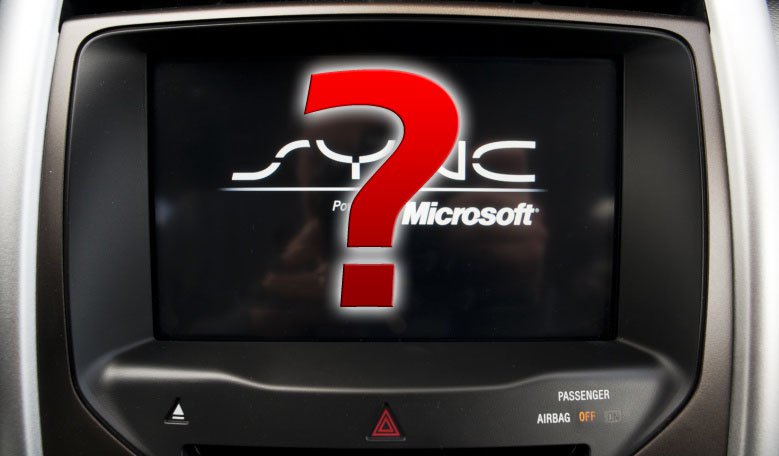 So, maybe you’ve been wondering why it is that, no matter what vehicle manufacturer you may be interested in, many of the vehicles out there seem to have Bluetooth in them.  As someone who works at a dealership, I often am asked, “Why do they have to put all this stuff in the cars?” or, “Why is Bluetooth in the car?”

There are several answers to this question as to why.  Bluetooth makes your drive safer.  No more fumbling for the phone.  If you have your phone up to your ear in Arlington, you will get a ticket (expect to see more of that in the future)!  People want this in their vehicles for better driving safety.

So, what’s the big deal?

Every year, automotive accidents result in hundreds of thousands of injuries and nearly 35,000 deaths in the United States.  Traffic collisions are the leading cause of preventable deaths in our country. Here are the top two leading causes of traffic accidents:

1. Speeding While Driving and Reckless Driving: Failing to follow the speed limit is the most common cause of traffic accidents in the United States.

2. Mobile Phone usage – Texting While Driving: The proliferation of mobile phone use has resulted in an increased level of danger on our roads. In response, national and state legislatures have passed strict anti-texting laws; while the judicial system has begun to charge individuals, whose texting while driving resulted in deaths, with manslaughter.

As a matter of fact, in 2011, at least 1.3 million automotive accidents that occurred involved cell phone use.  That’s about 23% of all auto accidents for 2011.

Let that sink in for a moment and think about this:

How many times have you looked away from the road at your phone?

How many times have you read or composed a text while driving?

How often do you surf the internet while driving?

How many times have you nearly been hit by a driver who was clearly using their phone?

Sadly we hear far too many stories about tradgies occuring as a result from cell phone use while driving.

So… why get a vehicle with SYNC or MyFord Touch?

This system is designed to keep your hands on the wheel.

Bluetooth – With your phone paired up with your vehicle, most of the time, it never needs to leave your pocket or purse.  Make phone calls with simple voice commands.  Answer and end calls with the press of a button.

• Received a text? No problem for some phones (dependent upon provider and phone) – press the “Voice” button and say ”Read text,” or “read message.”

• Some phones (only 1 that I know of) allow voice texting through the SYNC system.

• Absolutely need to send a text response and don’t have a phone that will do voice texts through the system? Pull over. You can respond by text then.

• You can always press the “Voice” button and call them back without stopping!

911 Assist – This is a FREE service for the life of the vehicle. The System will make a 911 phone call for you when your airbags are deployed in an accident.  You don’t even have to be conscious for this!  If you are dazed or for some reason unable to respond, the system in your vehicle will send your location information to 911 to get you help.  Some vehicles will allow you to enter your ICE (In Case of Emergency) contacts for easy retrieval in event of emergency.

Vehicle Health Report – Vehicle handling funny? Doesn’t feel right? Press the “Voice” button and say “Vehicle Health Report” – the system will run the OBD (Onboard Diagnostic Computer) and generate codes.  SYNC uses your phone to send the data, SYNCMyRide.com will fire you back an email telling you everything it checked. If the account is set up properly, it will send you a text for an emergency issue with the vehicle.

SYNC Services – Subscription service for $60 per year.  This service will get you turn-by-turn directions, 411 Business Search, and a number of other features.  If you don’t have navigation in your vehicle, this is a great option!

Entertainment Features – Dependent upon which system you have.

Radio – Some vehicles are equipped with HD radio, getting you up to 12 stations broadcast on one signal. There are a number of stations offering HD radio in DFW, the HD button at the top right of the screen does have . Some just have a better sound quality, others provide you with some great options.  For instance 98.7 KLUV used to be the oldies station. Now, they play music 20 years old and older.  I love 80s music, but where do I go if I want to listen to actual oldies? 98.7 HD2, tuned to by pressing the (+) button or turning the tuning dial, will get my oldies. By voice command, I would press the “Voice” button and say “98.7 HD2.”

Sirius Radio – (certain vehicles) many stations to choose from, and other great features like “Alert,” and “Rewind.”

MP3 Devices/Other Media Devices – With your phone or other device paired up with the system, you can have the music you want to hear played from your own devices in your vehicle via USB or Bluetooth. iPods, iPads, MP3 players, many of which are Bluetooth capable, can be used.  Plugged into USB, most can be controlled by voice command (see next)!

USB – I personally keep a flash drive on hand with 1024 songs on it (more than 72 hours’ worth). When it is plugged into the USB port, I can use voice commands for it, requesting artist, album, playlist, and more!

VIDEO! – RCA jacks are available on some vehicles equipped with MyFord Touch.  Plug in the portable DVD player, or other video output device, and listen to the movie the kids are playing in the back seat. If the car is in park, the video will play on the screen in the center stack! So, if you are on a long drive and need a break, go ahead and pull over.  Catch up on that show you missed, or that movie the kids are watching.  Some vehicles even have built-in surround sound (look in settings)!

Apps – There are apps designed to work with SYNC.  Navigate with your phone? It can give you turn-by-turn navigation, as well as playing your own personalized music track.